Having a Sibling with Autism: What I Wish I Would Have Known

Why it is important for us to push the people we love to become better, fuller versions of themselves and what that looks like in the context of a loved one with autism

For the majority of people, we want the people we love to have amazing lives – lives full of adventure, love, connection, and growth. This is especially true for me in regards to my brother, Johnny. My brother, Johnny, was diagnosed with autism at age two and has been one of the most important people in my life since he was born. Because I love my brother, I have always wanted him to be happy and flourish in his life. I don’t want anything to hold him back and that includes me. Growing up, I don’t think that enough information was provided on how I could have helped Johnny grow and turn into who he was supposed to be.

I want to use this post to talk about my own experience and what I wish I would have known. I hope that families will find this helpful as they navigate helping their own loved ones thrive.

My family and I had to come to the conclusion that even though having Johnny at home was comfortable, it might not necessarily be the best course of action in the long term. We wanted him to be able to live the best life he could, and so we made the decision to send him to 29 Acres. While families of children with a disability are usually close, this closeness can sometimes get in the way of the family helping that person make healthy life decisions. For example, when we were young, I would want to coddle Johnny and help him out with everything. Eventually, I realized that this was actually holding him back. If I let him have his way with everything, he would no longer have to practice and learn adaptive behaviors and coping mechanisms. He would also not learn as many life, social, and household skills as he could have, which would have a negative impact on his quality of life. My desire to help was actually maladaptive for my brother.

I think we sometimes want to protect the people close to us, and sometimes that means stifling them even when we have the best intentions. When my family and I finally let Johnny live in the community at 29 Acres, he flourished in ways we could not have imagined. He seemed to grow into who he was supposed to be. He had seen my other brother and I leave the house and find ourselves, and now it was his turn. He seemed more confident socially and actually wanted to be around people. He learned new skills such as cooking, animal care, cleaning, and hygiene.

He participated in events we didn’t know he would enjoy, such as going to the movies, boating, and going on trips to other states. He had staff around him constantly encouraging him to try new things and to grow. Although he could not tell us with words how he felt, his whole countenance changed and he seemed more confident than ever. 29 Acres definitely pushed himself outside of his comfort zone, which ended up being probably the healthiest thing for him.

As siblings and family members, we want what is best for our loved ones.

Sometimes the best things can be really hard for us and for them – Letting that person flounder instead of instantly rushing in to help them, or having the courage to work on empowering that person to change their behaviors even when it feels uncomfortable for both parties. In my experience, a supported living facility more so than families promote adaptive behaviors. In many cases, this is not the family’s fault. My parents and I loved Johnny and wanted to do everything in our power to make him grow and flourish in life. However, we were only three people and could not sustain the kind of care that Johnny really needed. We did our best, but we learned that it was okay to let go of control. We could rely on other people too. People who might and probably did know more than we did and could empower Johnny in ways that we didn’t have an understanding of.

There are so many things that I wish I had known earlier in life so that I could have helped Johnny grow more. One of my biggest regrets is that I did not give up control as much as I should have. I wanted Johnny to be okay and happy so badly that I most likely hindered his progress. I would do a task for him that he could most definitely do himself and that ended up hurting him as he did not have as many opportunities to become proficient at those skills. I think it can be easy for families to blame themselves for their loved one not growing as much as they can, but sometimes it’s just hard when you’re really in it. I think that’s also why it’s so important to reach out for resources that can help your family and your loved one. Reaching out to 29 Acres was so hard for my family, not because we thought Johnny wouldn’t be well cared for, but because we had no idea what it would be like to receive that kind of support. It turned out to be just what Johnny had needed.

I think if there was one thing that I would want families and siblings with loved ones with autism to have is the knowledge that it can be scary to take steps to help that person grow but it is so worth it.

It is so worth it to see that person learn new skills and try new activities.

It is so worth it to see them grow socially and behaviorally.

It is so worth it to see them have friends and form connections.

Putting your loved one outside of their comfort zone, whether that means having that person live somewhere new or encouraging that person to better themselves or anything in between. Whatever it takes to help them grow and thrive, it’s worth it. 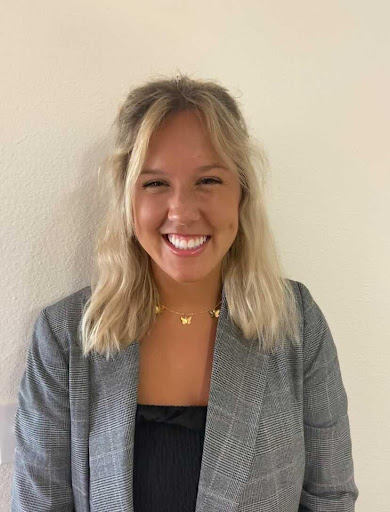 Chloe Dembski has a bachelor’s in psychology focusing on development and behavior. She is also the sister of Johnny Dembski, a resident at 29 Acres!